Due to ‘Foot and Mouth Disease’ stock movement restrictions the 2007 North Harris Show went ahead on Friday, 10 August, but without the normal sheep or cattle exhibits.

However, once the ban was lifted, the Show committee asked stock judge Anne Murray, Ness, to judge the cattle and sheep at their own homes.

This involved visiting and judging the Supreme cattle and sheep Champions from the 6 island shows held at: 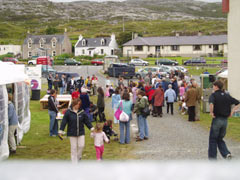 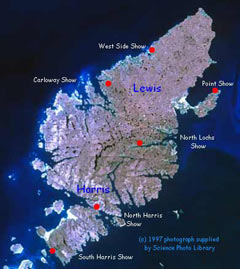 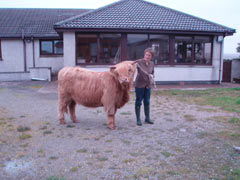